Next To Normal at The Studio Theatre Tierra Del sol 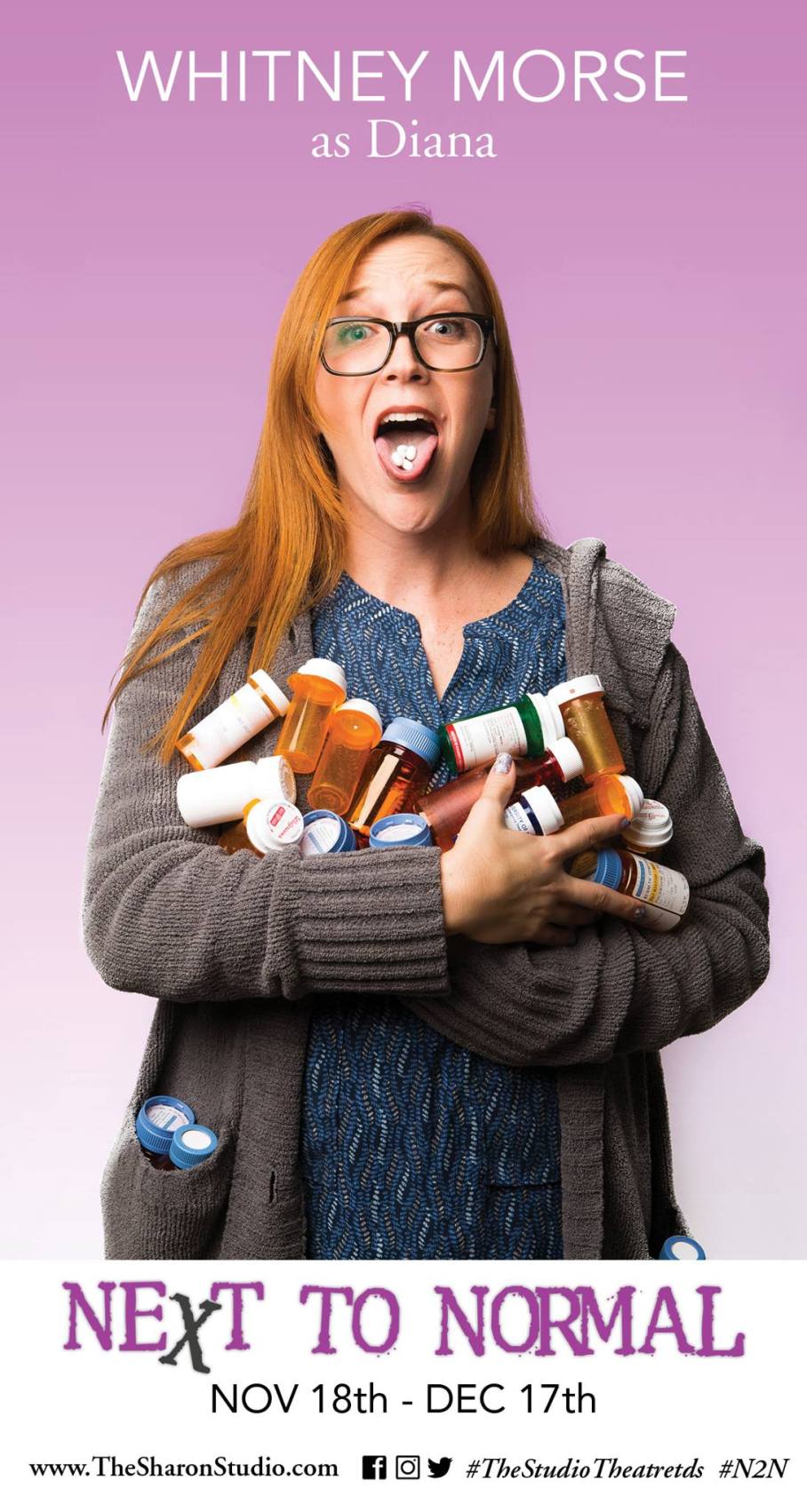 “I was genuinely captured and found myself holding my breath. Thank you for bringing excellence to this Black Box Studio. From the opening of the door to the finale, it was smart and purposed. We need this in our community.I will be thinking about this for days.”

“Tonight, I saw the best show in Lake County that I have ever seen. The Studio Theatre Tierra Del Sol in its inaugural show Next to Normal is a must see for all of you who love theatre. Whitney Morse is absolutely amazing as Diana. An incredible true theatrical experience. Everything was professional level, box office to ushers to staging, lighting, music, and cast. Can’t believe I had this quality of an experience in Lake County. They have a fantastic season coming up. I can’t wait for my next experience there.”

“This show “Next To Normal” is the best play we have ever seen after going to some 50 plays in 7 theaters in and around Philadelphia! Singing was outstanding by all and they were backed by professional musicians who were spot on without overpowering the vocals. Moving. Grieving. Hopeful. Blessed.”

“Congratulations to the entire cast and crew of Next To Normal. What a heart wrenching story. The performers were so connected to one another. Perfectly cast group of actors and actresses. The orchestra was beautiful. Thank you for a wonderful night of theatre.”

“Whitney Morse shines as Miss Minerva Pilbeam. While stern and straightforward in character, Whitney Morse has an eloquent, one of a kind character voice and strong stage presence that stands out among the cast, and delivers some terrific laugh lines along the way.” – Luke Simone for The Chicago Stage Standard.

Here are links to all the rest of the Jeeves At Sea reviews:

Next To Normal at Skokie Theatre, September 2015 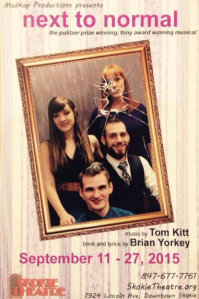 “The performance (and especially the singing) of Whitney Morse as Diana, the mother whose illness threatens to wreck her family as well as her own life, suggests much bigger things in her future: she’s rueful but free of self-pity, funny without resorting to stereotype, and all-around engaging.” – Kelly Kleiman for Dueling Critics

“Whitney Morse does a spectacular job and has a vocal range that is wonderful.” – Alan Bresloff for Around Town Chicago

“Whitney Morse cycles between sweetness, sarcasm, and psychosis but is at her most chilling acting out the aftereffects of electroshock therapy and sedation” – Marissa Oberlander for The Chicago Reader

“Whitney Morse, who I really liked last year in The Children’s Hour in another dramatically-intense role, is outstanding here as Diana.” – Seth Saith for SethSaith.Blogspot.com

“Whitney Morse, one of Chicago’s finest young actresses, thoroughly inhabits the role of Brooke. A stunningly versatile performer, memorable for her diverse performances in productions of “The Children’s Hour” and “Accomplice,” Ms. Morse makes this young writer, who’s suffered through depression and the demands of family pressure, a real, live woman. The empathy and honesty she brings to the stage is heartfelt and a palpable.” – Colin Douglass

The Chicago Tribune for The Pioneer Press:

“This is a fine production of a terrific play”

Down Range produced by Genesis Theatricals

“Whitney Morse, another area actress who has impressed in past productions (from Jedlicka’s “Accomplice” to Pride Films and Plays‘ “The Children’s Hour”) adds the role of German-born Eva to her varied resume. Without making Eva a caricature, Ms. Morse offers just enough hint of dialect to make her character convincing. She easily conveys everything this role demands, from supportive friend to smoldering sexpot. Once again Whitney Morse demonstrates what a surprising and versatile young actress she’s become in a short time. In my book, she is  an artist to watch.” – Colin Douglas, Chicago Theatre Review

“Carey Lee Burton and Whitney Morse portray their long-suffering wives. They both capture the fear and loneliness of women whose husbands are gone for months at a time.   Burton provides some of the most emotional moments in the play. We can relate to her as she goes from failed project to failed project, trying to find meaning in her life beyond her marriage.   Whitney Morse is the worldly Eva, a German who just wants more excitement in her mundane life. Her German accent is excellent- and she has a warm presence on stage.” – Drew Wanket, Chicago Stage Standard

“Morse does a wonderful job with the character as she portrays the ‘ideal woman’ – soft, submissive and always ready for sex.” – Kay Hey

The Children’s Hour Produced by Pride Films and Plays

“But the strength of the whole production lies on Tozzi as Karen and Morse as Martha, both of whom knock it out of the park. Tozzi is more restrained and soft-spoken whereas Morse is more passionate and assertive, creating a believable contrast between the two of them. During the final scene of the play, I was on the edge of my seat the whole time. That’s the power of good theater.” – Patrick Dyer.

“Morse’s bulldog tenacity and frumpy threads (costumes by Chrystle Morman) contrast with Tozzi’s streamlined elegance. But emotionally, she is the more operatic of the two, which, given Martha’s own apparently troubled childhood, suggests that she and her nemesis, Mary, aren’t that far removed from each other” – Kerry Reid

“Britni Tozzi and Whitney Morse are excellent in the roles of Karen and Martha, the two teachers accused of being lesbian lovers. Both actresses are natural and articulate, which works well in this small, in-the-round theatrical space. The two are convincing as life-long friends working toward the same goal” – Colin Douglass.